This week I'm delighted to introduce my EMLA colleague Matt Faulkner, whose newest book is the graphic novel (yes, he's the artist, too) Gaijin: American Prisoner of War.

Matt is an award-winning children's book author and illustrator who has illustrated twenty-nine books and written and illustrated seven since he began his career back in 1985. He enjoys working on projects of both historical and fantastical natures (and he concentrates very hard not to get them confused). His author/illustrated book A Taste of Colored Water (Simon and Schuster) was recently chosen by the School Library Journal as a significant book for sharing concepts of diversity with kids. And the San Francisco Chronicle calls his recently released graphic novel, Gaijin: American Prisoner of War (Disney/Hyperion) “superb”! Matt is married to author, national speaker on early literacy and librarian Kris Remenar and lives with their children in the lower right hand corner of Michigan.

Congratulations on the publication of your new graphic novel, Gaijin: American Prisoner of War. What a gorgeous cover. And, ahem, Trekkies (raises her hand) should check out your blurb from George Takei. How cool! Can you tell us a bit about the story and what inspired it?

Thanks, Janet, for the invitation onto your wonderful blog! 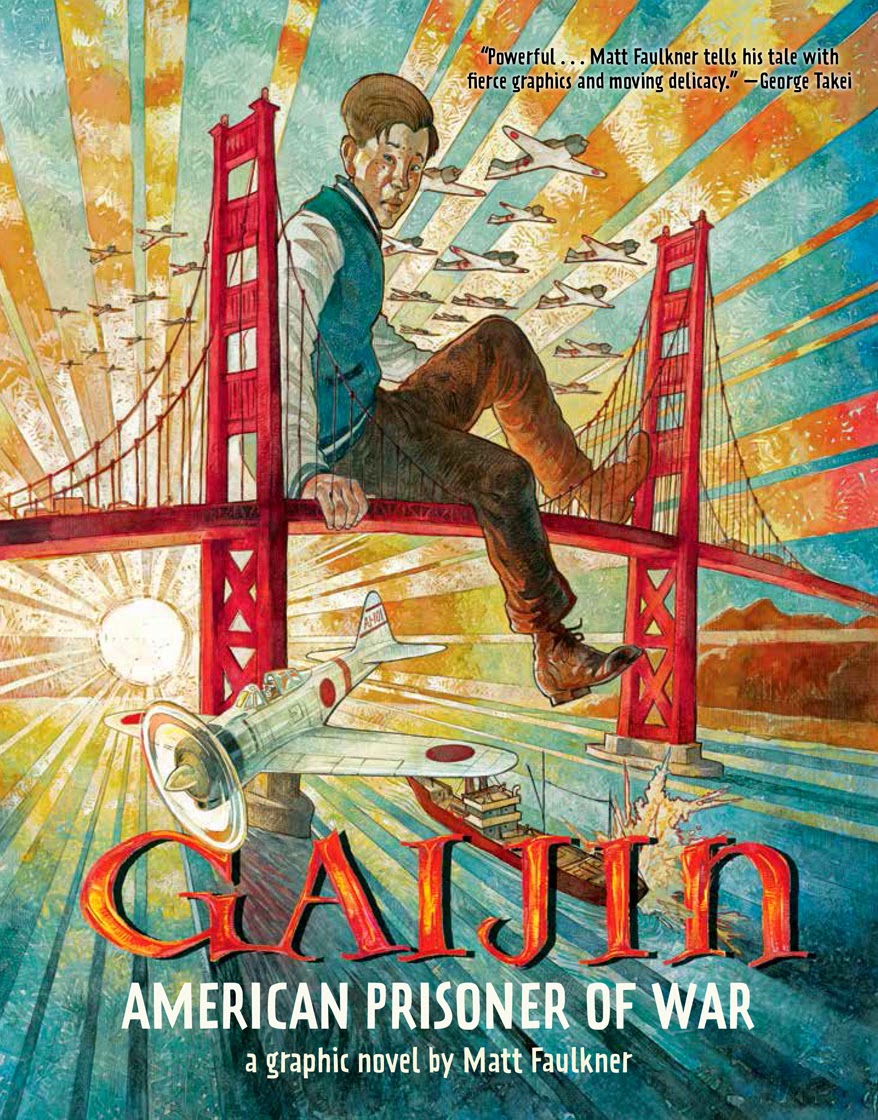 Gaijin: American Prisoner of War (Disney/Hyperion, April 2014) is my first graphic novel and tells the tale of 13 year old Japanese/Irish American Koji and his Irish American mom, Adeline, as they are interned in a prison camp in California during WWII. As a result of hysteria, racism and economic exploitation, over 110,000 Japanese Americans were imprisoned in these camps from 1942 to 1946- what is more, over half of those interned were children.  When Koji first receives a letter from the government informing him of his pending internment, Adeline marches down to the army office, irate at the insanity of imprisoning a 13 year old because of his race and demanding that he be exempt. She is told that because of his race Koji must go to the camp, but, because of her protests she is allowed to accompany him. For most of the book Adeline and Koji bunk together in a horse stall at the former racing track now prison camp- Alameda Downs. Being a teen, Koji expresses his angst and anger toward the situation by acting out. He soon gets involved with bunch of older kids- trouble makers. Only through the love of his mother and the help of friends is he able to free himself from their influence.

The book was inspired by the internment of my great aunt Adeline, her daughter Mary and Mary’s three babies. When I first considered writing a story about their experiences our two sides of the family had lost touch back in the 1970’s. I looked for them over the years but until very late in the process I wasn’t able to locate my “Adeline cousins”. Eventually, I decided to write the story and honor Adeline by using her name and as much as I knew of their experience. The night that I turned in the my first set of sketches to my editor I did one last online search and, believe it or not- I found a post at the Manzanar National Park research site that eventually lead to our reconnecting after 40 years! Boy, did we ever have a party!

How fabulous to connect your work with your family like that! How long have you been writing for children/teens? Have you written other books or is this your first effort?

My first authored/illustrated picture book came out in 1985. It’s called The Amazing Voyage of Jackie Grace (Scholastic). It’s got pirates. And big waves with faces in ‘em. I still get emails about this one!

Since 1985 I’ve written/illustrated seven books for kids and illustrated another twenty-nine.

Can you describe your path to the publication of GAIJIN? 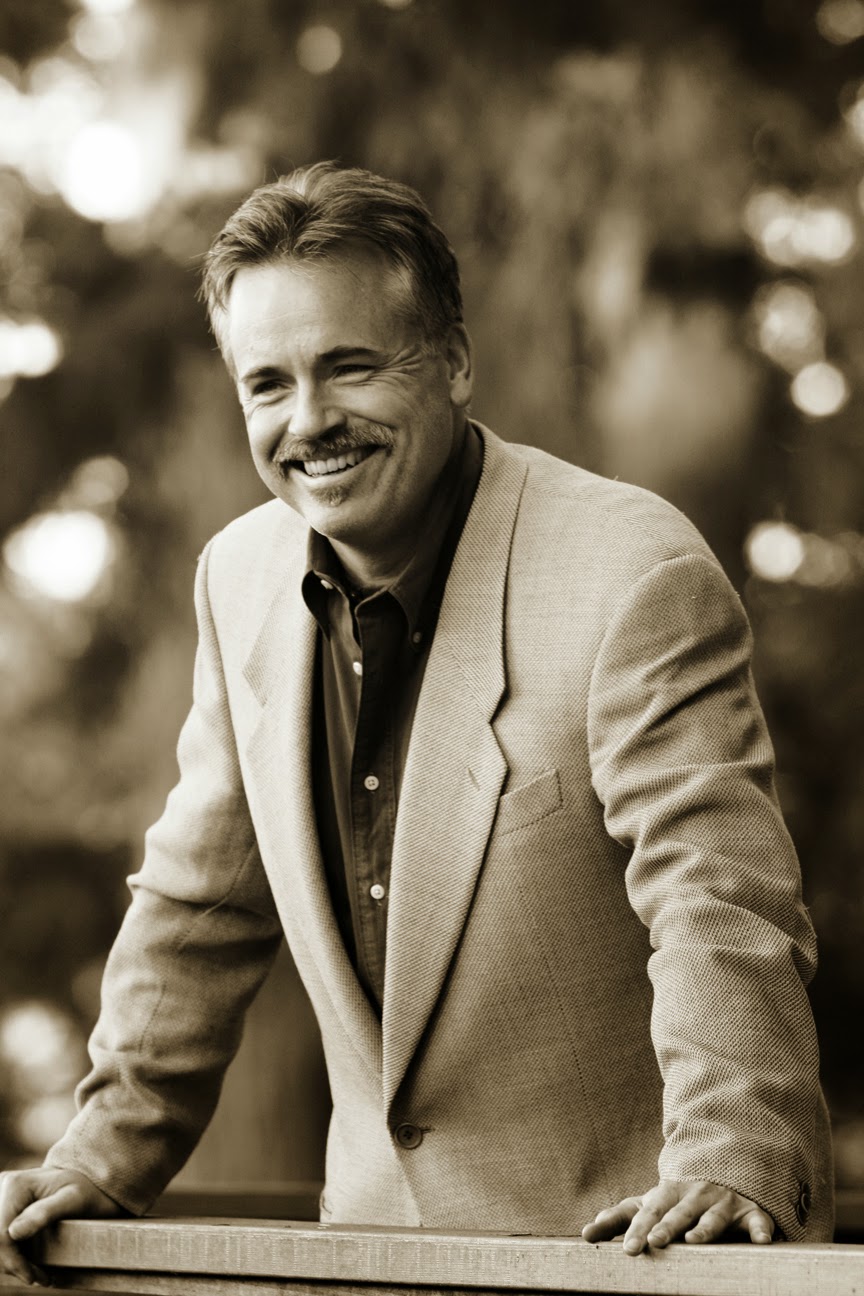 GAIJIN was first conjured back in the late 1990’s along with a picture book I wrote for Simon&Schuster called A Taste of Colored Water. It’s not that I thought of these two as a compendium pair. I just came up with the concepts around the same time. GAIJIN sat on a back burner for over ten years until I started playing with imagery for it in 2007. Originally I had thought the book would be executed in ink. Then I started messing around with pencil images and finally, when I came upon the idea that Koji’s daylight panels would be rendered in browns and blues and his dream imagery would be rendered in vibrant, full color, I decided to work in water color and gouache. My agent at the time, Jennifer Laughran of Andrea Brown Lit.,  did a great job in negotiating the books contract with Disney/Hyperion in 2009. It took three years to render all 140 pages of panels.

Wow. That's such a commitment of time and energy. Do you have any advice for beginning writers?

Sure. I’ve gone back and forth about how to structure my creative process and I find it an absolute necessity to have a set place and time in which I will create. Defining a specific space somewhere in my house (or out of it) and setting firm time frames in which I will create has gone a long way toward helping my creative self (or muse, if you will) develop a trusting relationship with me. Prior to working in this manner, I spent a lot of time indulging my muse's whims- working all night, sleeping all day, having to use a certain brush or pen or laptop, allowing all sorts of interruptions to separate me from the sometimes difficult process of creating.

It sounds like you have discipline in spades. Can you tell us something about your personal life – inspirations, plans for the future, goals, etc.?

I got married a few years back to my lovely wife, Kris Remenar- kid’s book author (Groundhog’s Dilemma, Charlesbridge, 2015), children’s librarian and national speaker on early literacy. Being with her, developing a partnership, supporting our family and our dreams- this has been tremendously inspiring to me.

The future? I want to continue to develop the graphic novel format for children. For so long I’ve witnessed a disconnect in our education system in which nurturing our children’s creative process sat on the scale of importance. Of late, I’ve seen the tremendous exodus of arts programs from so many school systems and the development test taking mania I’ve become fairly frightened for our future “creatives”. And yet, with the recent emergence of the graphic novel and the way it has been embraced by librarians and media specialists, I’ve found some hope. I’d like to help continue this healthy development by adding some of my own titles to the graphic novel library.

I think you are well on your way with GAIJIN, especially in its appeal to boy readers. Do you have any new writing ventures underway?

I am illustrating two books: Groundhog’s Dilemma by Kristen Remenar, Charlesbridge, 2015
and Elizabeth Started All the Trouble by Doreen Rappaport, Disney/Hyperion, 2015

And I have two of my own projects on the drawing table- one tells the story of a mob of bunnies who venture into town one day annually in search of the perfect burrito and the other tells the story of Quin, a youngster who wakes to find that a large number of his dreams have missed their train back to where ever it is they come from and are stuck over here. He helps them build a bridge back to their world, utilizing a good deal of his parent’s prized possessions.

Do you have a website where readers can learn more about GAIJIN?