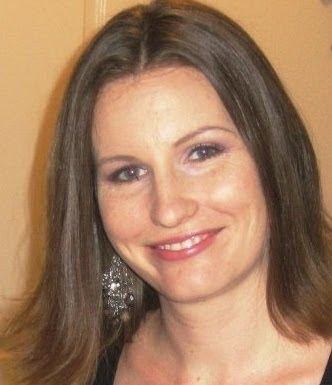 In 2010, I'm beginning a new series I'm calling "Voices You Should Hear," in which I will interview writers you may or may not know, writers who are not debut authors but whose books are memorable, engrossing, maybe troubling, but always worth your time. My first VYSH guest is Jessica Lee Anderson, whose recently released novel, BORDER CROSSING, is a novel featuring a compelling protagonist who is unexpectedly afflicted with schizophrenia.

Congratulations on the publication of your novel, BORDER CROSSING. It's quite an emotionally intense story. Can you tell us a bit about what inspired it? 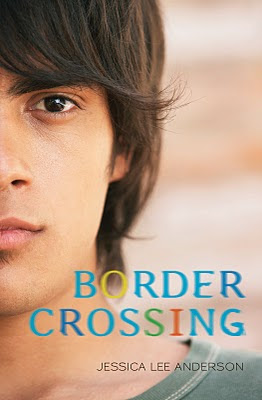 Thank you so much! While taking an eye-opening history class in college, I felt completely shocked when I learned about Operation Wetback. I also felt vulnerable and insecure, even though I’m Anglo. Based on the emotions I experienced, Manz’s voice and story began to develop three years later.

I know that you've also written an acclaimed novel, TRUDY. Would you fill us in on that story?

Trudy's parents are old. Really old. Like so old they get mistaken for her grandparents. Besides dealing with this, Trudy also struggles with math and changing friendships. When her father begins to repeat himself, forget things (including her), and is generally confused, Trudy knows her life will be forever changed. She must find the strength to accept things and be there for her family.

It sounds like you are not afraid of difficult subjects. Can you describe your path to publication? Do you have any advice for beginning writers?

When I started to pursue publication, I purchased CHILDREN’S WRITER’S & ILLUSTRATOR’S MARKET, which was incredibly helpful and informative. I also became a member of SCBWI (Society of Children’s Book Writers and Illustrators) and began attending conferences. My first sales were craft articles to children's magazines, and my first novel was later pulled from the slush pile by an editor who believed in the story and also believed in me.

I’d encourage beginning writers to do plenty of market research, learn as much about craft as possible (read widely, attend conferences/get critiques, participate in critique groups, take writing classes, etc.), and to make their manuscripts gleam (revise, revise, revise). Over and over again, we hear how highly competitive the marketplace is—a well-targeted, polished manuscript stands a much better chance of finding a home.

Can you tell us something about your personal life - inspirations, plans for the future, goals, etc.?

My husband and I have a goal to visit as many national parks as we possibly can. Some of our favorite trips so far include snowshoeing the North Rim of Bryce Canyon by moonlight, grasping chains to climb to the top of Angel’s Landing in Zion, and spotting bears and wolves in Yellowstone. We’re planning a trip to celebrate our 10th wedding anniversary in 2010, and Glacier National Park looks like a top contender since the glaciers may soon vanish because of the temperature rise in the area.

I'm a big fan of the national parks, too! Do you have any new writing ventures underway?

I recently sold a novel, CALLI, that will be published by Milkweed Editions in 2011, and I’m currently revising a middle grade novel, tentatively titled FINDING BIGFOOT.

Congratulations on CALLI, and I must say that FINDING BIGFOOT sounds like it will be fun! Do you have a website where readers can learn more about you and your work?

Photo of Jessica by Michael Anderson
Posted by Janet Fox at 4:23 PM 4 comments: 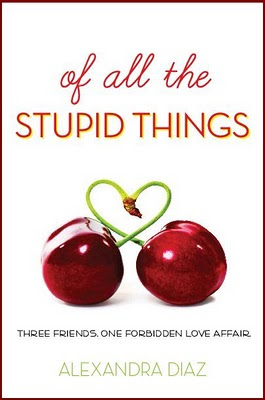 In the first of my interview posts with debut authors of the Class of 2k10, I'm delighted to introduce Alexandra Diaz, author of OF ALL THE STUPID THINGS. Alexandra has spent time in places that span the globe, most recently England (hence the reference to "tosser"; English slang for someone who's a jerk.) She's now back in the U.S. and we're happy she's here!

Congratulations on the publication of your novel, OF ALL THE STUPID THINGS! Can you tell us a bit about the story and what inspired it?
I started the book as part of my MA in Writing for Young People and the line "Brent Staple is such a banjo" just popped into my head. Then I had to think why he's such a banjo (which loosely means "tosser") and what are the results of his behavior; the story quickly unfolded and developed from there! The book still starts with a disturbing rumor about Brent, who is one of the protagonists' boyfriends, but the book is more about the friendship between three girls and what happens to the friendship when a new girl comes to town. 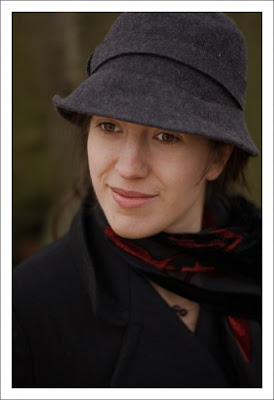 How long have you been writing for children/teens? Have you written other books or is this your first effort?
LOL, I've had many efforts, but yes this is my first publication. I've been writing stories for as long as I can remember, mostly for my own entertainment. I still prefer reading children's books over "grown-up" books, maybe because I've never properly "grown up", so it's natural for me to write for the genre I like.

Can you describe your path to the publication of OF ALL THE STUPID THINGS?
I have a great literary agent, Sarah [Davies] from Greenhouse, who really helped me whip my novel into shape. It's thanks to her that there was interest in the novel as soon as she sent it out. But before I had an agent, it was a lot of impersonal "Dear Submitter" and "Sorry, but unfortunately..."

Ah, yes. Those painful rejection letters. In that vein, do you have any advice for beginning writers?
If it's what you enjoy doing, then keep at it. People will always try to convince you otherwise, but they're usually the ones who probably gave up what they love. You're a different person and you have to be true to your own goals.

Excellent advice. Speaking of goals, can you tell us something about your personal life – inspirations, plans for the future, goals, etc.?
My personal life/future is a bit hazy at the moment with the potential of having to move back to the States after living in England for three years and not knowing what will happen next. On a broader scope, I will keep writing and keep traveling. One of my goals is to visit all seven continents by the time I'm 50. Should happen since I'm pretty determined!

And in your writing life, do you have any new writing ventures underway?
I always have something underway--sometimes too many somethings! I'm working on a fish out of water story about Bex Sloane who, only knowing how to communicate with fists, locks horns with the local community.

Do you have a website where readers can learn more about OF ALL THE STUPID THINGS?
Sure, it's www.alexandra-diaz.com.
Posted by Janet Fox at 9:48 AM 8 comments:

Announcing the final week of the contest over at the Class of 2k10 blog - and our final tribute to the class of 2k9 and their fabulous books!

Head over here: http://community.livejournal.com/classof2k10/2516.html and post a comment and you may win a book. And even if you don't win, these excellent reads.

In a couple of days I'll be posting my first interview with a 2k10 author, Alexandra Diaz.
Posted by Janet Fox at 8:41 AM 1 comment:

For those of you wondering what to ask Santa to bring, a second round of favorite craft books…

Joan Aiken, The Way to Write for Children. This little book is no longer out of print, I'm delighted to report. After I read it on loan from a friend, one of my advisors at Vermont College of Fine Arts found it on EBAY and made a gift of it to me (thank you, Sarah!). But you can now find it here. Simple, easy to read, and still fresh in outlook, this text is a fabulous introduction to children’s book writing.

Eve Heidi Bine-Stock, How to Write a Children’s Picture Book. If you want to write picture books, you really must read this craft book. Bine-Stock analyzes the story-arc structure of a large number of well-known picture books (which you also must read) and she makes it look almost easy. Which it is not. Which Joan Aiken (above) will clearly spell out.

Darcy Pattison, Novel Metamorphosis. I’ve raved about this one before. If you are revising a novel, pick up this book, available on order or on line. Walk through her exercises. You’ll learn a lot. Better yet, find out where she’s holding a workshop and take this book along with your manuscript – you’ll have a far better novel in the end.

Thomas McCormack, The Fiction Editor, the Novel, and the Novelist. Odd title, terrific book. This text takes a very different approach – McCormack comes from the editorial side and is speaking to editors. But as a writer, I learned what this talented man was searching for in a great literary work, and his idea of the “master-effect” (what you might call theme, although that’s a crass way of putting it) is nothing short of brilliant.

Francine Prose, Reading Like a Writer. If you want to be a writer, you must also be a reader. Prose tackles every aspect of writing but from the outside in. This is a dense and meaty book that took me a couple of weeks to read. I need to read it again. And I want to read each of her examples as I go.

Now you have a few things to put on your holiday wish list!!
Posted by Janet Fox at 5:23 PM 2 comments:

Debut Authors of the Class of 2k10

I am so proud to be among the debut authors of the Class of 2k10! And today we officially launch our website and blog, with a grad party for our sister class of 2k9.

Please visit our blog http://community.livejournal.com/classof2k10/ and our website http://www.classof2k10.com/ . We have a 3-week contest running on the blog - you can win a copy of a 2k9 book - so do check in through the month of December and post a comment.

And visit both the website and the blog to check out the terrific selection of books we'll be debuting throughout 2010.
Posted by Janet Fox at 4:44 PM 2 comments: