Unpacking, and Adventures in Boston

For the past couple of weeks, since returning from my Texas trip, I haven’t been writing. It’s the first extended break I’ve taken since I can remember. And I’m taking this break because I have been, finally, unpacking case after carton of books – one of the last of the moving-into-a-new-home tasks.

All this sorting and sifting is good for the mind and great for the library. For the first time I can put picture books together, and alphabetize my YA collection (heck, might as well!) I’ve found duplicates of some books – time for the library sale – and others, well, I wonder why I have them on the shelf. I’ve found a number that must be added to my TBR pile. Some books the family has outgrown, and some I separate to highlight in a treasured spot.

This is much like what I have to do to my manuscript when I pick it up again next week, especially after this bit of time and distance. Some scenes need to be cut and some reordered so they work better with their neighbors. Some choice phrases turn up once too often. I’ve outgrown some clichéd expressions and I find passages of which I can be just a little proud. Putting my words in a box and taping it up for a while is the best way to view them all with a fresh eye.

In other news, I’ll be in Boston next week, speaking on two panels at the annual AWP conference at the Hynes Convention Center, with a bunch of my 2k10 friends (Michele Corriel, Swathi Avasthi, Leah Cypess, and Alexandra Diaz) and Anna Staniszewski. We’ll be speaking on Craft in YA on Thursday at 4:30PM, and Marketing Techniques on Friday at 10:30AM. And on Saturday March 9 from 10:30-noon I’ll be signing my books in the Vermont College of Fine Arts booth (#312). Come see us!
Posted by Janet Fox at 2:53 PM No comments:

At the end of January I made a trip to Texas for a number of events. For the time I spent in Austin I was lucky to stay at The Writing Barn, a unique facility located on the south side of Austin owned and run by multi-talented author (and friend and VCFA alum) Bethany Hegedus. It turned out to be as much a personal retreat for me as a promotional tour.

The Writing Barn is peaceful and serene. For the hours I spent there between events I was able to write without interruption - which was not something I expected. I don't usually write easily while I travel, so I was thrilled to add almost 8000 words to my WIP during my stay.

As if the Austin kidlit scene weren't already one of the best, starting this year Bethany is hosting a series of "Advanced Writer Weekend Workshops". The first featured former editor and now agent Alexandra Penfold. The second in mid-April will address emotional pacing and be conducted by Sara Zarr, and the third, next November, will be run by Francisco X. Stork and is titled "Diving Deeply: Thoughts, Gestures, and Dialogue". I encourage writers to check out these offerings and, if you are in Austin, make plans to visit the Writing Barn.

I also was privileged to participate in a huge event in The Woodlands, the Montgomery County Book Festival. The readers I met - teens and adults alike - were attentive and excited and thrilled to meet so many of their favorite authors. The Festival had something for everyone - put it on your calendar if you are in the Houston area.

And a huge shout-out to BookPeople in Austin, Barnes & Noble in College Station, the awesome librarians in Austin and Houston who made me so welcome, and Murder By the Book in Houston - I had a ton of fun.
Posted by Janet Fox at 10:50 AM No comments:

I met Erin Gray this past fall, when I had the great honor of attending the Women Writing the West conference in Albuquerque as a finalist for the WILLA Literary Awards for FORGIVEN. Erin, currently serving as president of WWW, is a bubbly young woman who set a fascinating tale of young Lenora fighting corruption and facing danger in 1925 in the San Juan Mountains of Colorado. (Erin recently hosted me on her blog.) We share a lot in common - love of the west, love of hiking, love of the 1920s - and I'm delighted to host her today on the blog.

Congratulations on the publication of your novel, MOONSHINE MURDER. It’s a wonderful tale! Can you tell us a bit about the story and what inspired it?

Thank you, Janet. Here’s a bit from the novel: 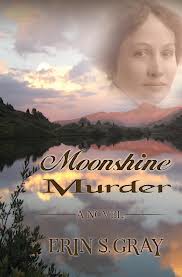 It’s 1925. The small cabin deep in the San Juan Mountains is the only home seventeen-year-old Lenora Giovanni has ever known. But when her father dies from tainted moonshine, leaving her alone, she is forced into a life of danger.

MOONSHINE MURDER is a murder mystery / historical fiction. I was first inspired to write this story on a backpacking trip deep in the San Juan Mountains. I stumbled upon an abandoned miner’s cabin and was instantly intrigued. What kind of person would live here? What kind of life would that be? I started hitting the local museums and historical societies and unearthed some of the biggest secrets in the Four Corners – moonshine in the mountains.

I’ve been writing before I could even construct a sentence. My older sister was my scribe, and I would dictate the stories oozing from my imagination.

I wrote another historical fiction based on the Irish Immigrants during the Great Potato Famine. I never sought publication for this piece, but the desire to become published certainly started with that story.

Can you describe your path to the publication of MOONSHINE MURDER?

The path to publication for MOONSHINE MURDER is a long one. If you go to my blog, I have posted a picture of my drafts. It’s a very large pile, and I regret having to kill so many lovely trees to get to this point. But it was worth it.

I started writing this tale in 2003 between teaching middle school language arts. I first submitted to a publisher in the spring of 2006, right after the birth of my first son. From there I received several rejections, some kind enough to give me tips. I would edit, and submit again. 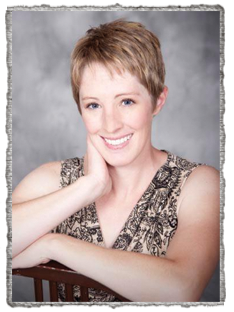 What research tricks or tools did you use while writing the novel?

I start with an idea, a time in history, or simply a curiosity. From there I hit the museums, the historical societies, the library. I try to get leads to primary sources. I’ve been fortunate enough to have interviews from people who experienced what I wrote about, and who remember what Prohibition in Durango was like. Some of my juiciest details are true tales.

I will give the same advice given to me by western writer, Louis L’Amour’s wife – be persistent and never give up. Believe in yourself and your gift. Write every chance you get, and then write even more.

Can you tell us something about your personal life – inspirations, plans for the future, goals, etc.?

I have a wonderful family. I live in Southwest Colorado with my husband, two sons (6 and 1), an ole dog and two cats named Slobbers and Sugar. I love to backpack-- to be a part of nature.

Yes. I am writing a historical fiction based on the legend of a preacher’s daughter turned outlaw who used the Cliff dwellings in Southwestern Colorado as her hideout.

That sounds terrific - I can't wait! Do you have a website where readers can learn more about MOONSHINE MURDER and your other books?